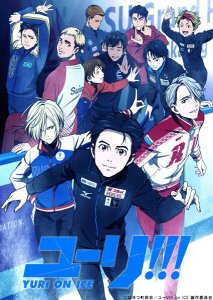 Yuri!!! on Ice is Sayo Yamamoto’s first TV project since Lupin the Third: The Woman Called Fujiko Mine in 2012. In the meanwhile, she reminded us of her talents in smaller portions, directing the Attack on Titan end credit sequence, the Rage of Bahamut end credit sequence, and the promotional video for the smartphone game Houkago Girls Tribe.

Yamamoto originally presented a short demo of this anime for Hideaki Anno’s Animator Expo, one of only two women given the opportunity to direct shorts for the project. Yamamoto composed the story herself, with the choreography designed by Japanese champion figure skater Kenji Miyamoto.

Yamamoto’s directorial debut was the action-adventure anime Michiko to Hatchin in 2008. Despite her well regarded talent, Yuri!!! on Ice is just her third TV anime project as director. 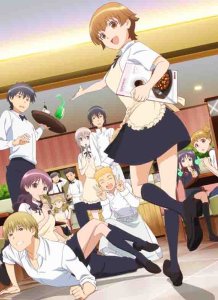 WWW.WORKING!! a comedy about people who work in a family restaurant, a web-manga spin-off of the original Working! series. Kamakura directed the third season of the original franchise (Yoshimasa Hiraike directed the first and Atsushi Otsuki the second) and has been tagged once again to handle this new series.

Kamakura originally joined the anime industry before she began working on storyboards and directing episodes in the early aughts. In 2008, she started working as the assistant director throughout the Inazuma Eleven series. In 2014, she worked under Kenji Itoso as a director for his crowdfunded anime short Santa Company. 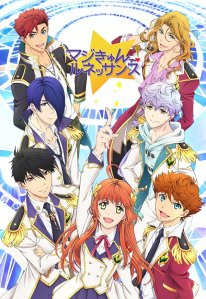 Magic-Kyun! Renaissance is an original mixed-media project focusing on the romance between a girl and the magical idol boys around her. It is Yamazaki’s third project as director.

Her first role as an assistant director was on the anime Kurenai under Kou Matsuo in 2008. Her next would be somewhat more significant, working under Kunihiko Ikuhara on the heavily symbolic original drama about apples Mawaru Penguindrum.

In 2013, Yamazaki would make her directorial debut on an adaption of manga, working with Osamu Yamasaki as the chief director. Her sophomore work, Monthly Girls’ Nozaki-kun, a romantic comedy mocking the tropes of shoujo manga and gender roles, brought her to the attention of a wide swath of anime fans. 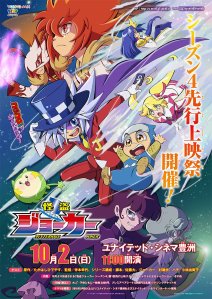 Teramoto returns to direct the fourth season of Mysterious Joker, a children’s TV series about a thief who travels the world stealing various treasures.

Her earliest work include an episode dictating the “Tale of the Bamboo Cutter” for an educational collection of Japanese tales, and an OVA of the shoujo manga Boku wa Imouto ni Koi o Suru, a story of forbidden love between twins.

Her following directorial works would be far less risque, getting tagged to direct three Doraemon movies between 2007 and 2013. Teramoto is one of few directors, and fewer women, with experience directing movie anime, and is still just 40 years old. 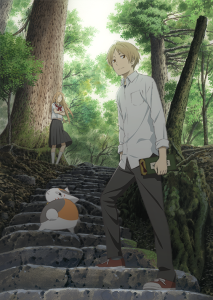 Natsume’s Book of Friends tells the story of a man freeing spirits bound to contracts of servitude one-by-one. The last TV anime season aired in in 2012, with in first season airing back in 2008. For the fifth season, Kotomi Deai is now the director, with the original director Takahiro Omori is elevated to a “Chief Director” role.

In particular, Deai’s works on opening and ending credit sequences have been noted for the use of vibrant colors, as can be seen for the Rolling Girls. 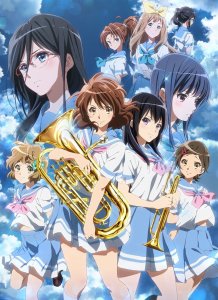 Naoko Yamada returns as the series director for the  second season of Sound! Euphonium, a story about a high school wind ensemble, working with Tatsuya Ishihara as the head director. Though Ishihara carries the higher title, the visual presentation the first season is regarded to have Yamada’s fingerprints all over it.

Yamada first gained notice storyboard and directing some episodes of very high significance of the drama Clannad. She made her directorial debut on the very popular K-On! TV series at just the age of 24 in 2009. The second season as well as its movie garnered Animation Kobe awards in 2010 and 2012. Her sophomore project was an original story, Tamako Market. Yamada received the New Face Award from the Japan Media Arts Festival for the sequel movie, Tamako Love Story.

Naoko Yamada also directed the theatrical film Koe no Katachi, based on a manga that covers bullying, hearing disabilities, and redemption. The original manga was very popular and was nominated and received a number of awards. The selection of Yamada to direct this film reflects her ability and style to create films for more mainstream audiences, rather than otaku. Because her ability to tell stories that appeal the broader audiences, her immense talent, her employment with the highly reputable Kyoto Animation, and her young age – still just 31 years old – Naoko Yamada is well likely the future of the anime industry. 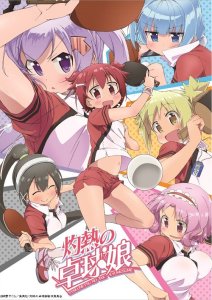 Shakunetsu no Takkyū Musume is based on a manga about girls who play table tennis, running in the same magazine that carries One Punch Man and Himouto! Umaru-chan. Kaori serves as the assistant director for the series working under Yasuhiro Irie.

Kaori made her directorial debut in 2013 on the series Yuyushiki, one of the greatest anime ever created. She also co-directed the second season of the Bottom Biting Bug shorts. Before adapting the mononym, she had worked under the names “Kaori Fujita” and “Kaori Komori.”

She has worked as an episode director or storyboard artist for a number of different series including Hanasaku Iroha, Shirobako, and Is the Order a Rabbit?? She also directed and drew storyboards both ending credit sequences for Golden Time. 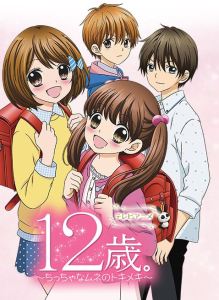 12-Sai is a shoujo melodrama revoling around the romances of 12-year-old girls. Kumiko Habara serves as the assistant director under Masaki Oozora (an alias of Masaharu Okuwaki).

Prior to being hired as assistant director for the series, Habara has often worked as a storyboard artist and episode director. She has worked on series such as Angel Tales, Fafner, Sailor Moon Crystal, and My Love Story. Among children’s series, she has worked on series including Detective Conan, Yu-Gi-Oh, and most recently, Beyblade. 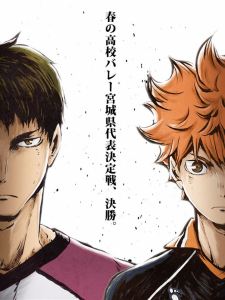 Ishikawa returns as the assistant director for the third season of the popular boys volleyball anime Haikyu!!, working under Susumu Mitsunaka. The third season focuses on the finals match of prefecture tournament. Ishikawa worked on a number of episodes in the first season as an episode director, storyboard artist, and animation supervisor before getting hired as assistant director in the second season.

Rather than an episode director or storyboard artist, Ishikawa primarily grew into the animation supervisor role, wither her work featured on episodes of Sengoku Basara, Gintama and a number of children’s films. Her work as an animator is fairly recent, beginning with portions of the Suisei no Gargantia. She has also produced storyboarded, directed, and animated a number of opening and ending credit sequences for Kuroko’s Basketball. 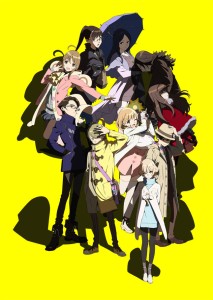 Occult;Nine is the latest anime adaption of a 5pb science fiction story, though published as an independent light novel rather than a franchise visual novel. Miyuki Kuroki assists director Kyohei Ishiguro on this series.

Kuroki has worked on projects for A-1 Pictures throughout her career, beginning as an in-between animator. She worked as a an animation supervisor on shows like Magi and Silver Spoon before getting an opportunity to work as a storyboard artist and episode director on Ishiguro’s debut directorial work, Your Lie in April.

She appears to be a fan of Jupiter. 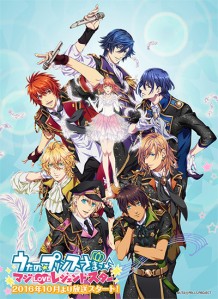 The fourth season of UtaPri brings in a bunch of new staff, including its third director Takeshi Furuta, with Tomoka Nagaoka serving as assistant director under him. The otome game adaption continues the story of aspiring songwriter Haruka and the handsome male idols that surround her.

Nagaoka entered the anime industry as a production assistant on a number of J.C. Staff projects including Toradora! and Shakugan no Shana. Her shift to direction is relatively recent, beginning with a number of episodes for Kokoro Connect in 2012. From there, she went on to serve as a unit director for a number of Detective Conan movies and draw storyboards and direct episodes of Gintama. She also worked on Furuta’s debut and sophomore projects, The Comic Artist and His Assistants and Saint Seiya: Sould of Gold.

Her most recent work can be found in the Handa-kun anime, including the series ending credit sequence.