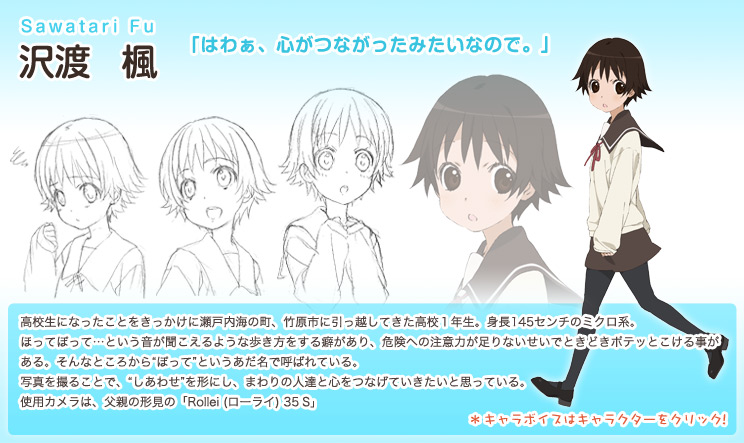 While, as with other roles, the number of women working as the character designer has increased, the proportion of women in the role has remained between 34% and 42% of late night anime. 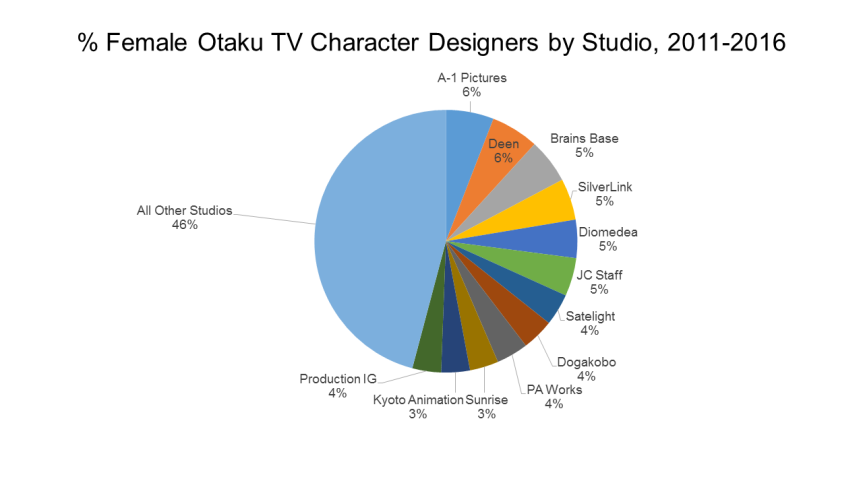 The distribution of female character designers among studios is fairly even among studios. A-1 Pictures and Deen have the greatest number, though both studios also put out a lot of anime.

Both Haruko Iizuka and Kyuta Sakai have adapted character designs for eight series over the five year period. Rounding out the top ten most active designers are Yukiko Aikei and Naomi Ide. Aike debuted in 2011 as one of several designers for the Horizon in the Middle of Nowhere series. Ide debuted in 2013 on the Mondaiji series.